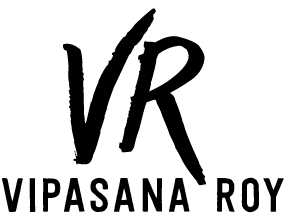 Operation Pahu is Sea Shepherd New Zealand’s first official campaign. It will be a long term determined effort to reduce the risk to Hector’s from illegal, unregulated, and unreported (IUU) commercial and recreational fishing from Te Waewae Bay up to the Canterbury Bight.

Pahu (more commonly known as ‚Hector’s Dolphins‘) are endemic to the coastal waters of New Zealands South Island. Current estimates put their population at around 9,000 dolphins, down from a former abundance of 50,000 in 1970. With a population decline of more than 80% in less than 50 years, Pahu are currently listed as an endangered species by the IUCN (International Union for Conservation of Nature).

Whilst at sea, Sea Shepherd will also monitor Hector’s subpopulation numbers, collecting field data and contributing to the existing photo identification catalogue, held at the University of Otago. Through a combination of science, community engagement and civilian monitoring of fishing activity, ‚Operation Pahu‘ will make a stand for these precious dolphins before it is too late for them. (source: https://www.operationpahu.nz)

To find out more about the campaign and make a donation, head over HERE

Queenstown and Wanaka hold regular beach cleans and markets to raise awareness for Sea Shepherd projects and educate people about mindfulness when discarding waste. Cigarette butts for instance take up to 10 years to decompose. Butts, plastic straws and small parts of plastic make up most of the waste found. Visitors and volunteers are always welcome to participate in the beach clean ups.

Play Me, I’m Yours

project // play me i'm yours NEXT

VIPASANA ROY
Portrait and documentary photographer based in Munich with a tendency to roam
hello@vipasanaroy.com